Information and graphics found on stenograph.com 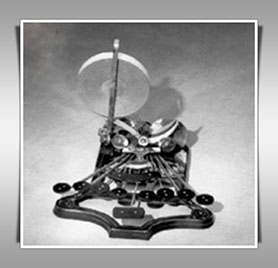 The proclaimed “Father of the Stenograph,” Miles Bartholomew, invented the first shorthand machine in 1877. This was the first machine to be regularly used in the court reporting field, and was used by reporters well into the 1930’s. Ten keys could be depressed one at a time to create a series of dots and dashes similar to Morse code. 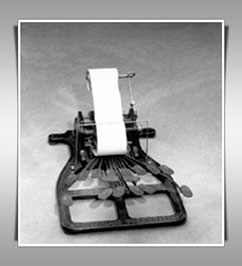 This shorthand machine, created by George Kerr Anderson, was equip with the first keyboard that allowed two or more of its keys to be pressed at the same time. Unlike Bartholomew’s machine, this typewriter used English characters instead of code, which allowed words and symbols to be written. 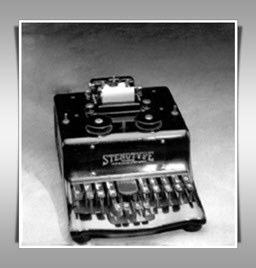 The Universal Stenotype Company invented a machine a whole 40 pounds lighter than its predecessor. This was the first stenograph with a totally depressible keyboard, allowing reporters the ability to write numbers and words phonetically with fewer strokes. Business colleges began including instruction of this stenograph in their curriculums. 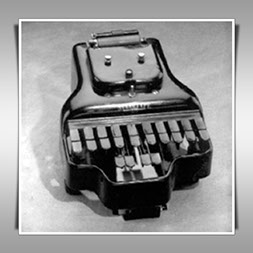 While the Universal Stenotype Company went bankrupt during World War I, they were able to put out one more gem. This machine had all the bells and whistles, and only weighed six pounds instead of eleven. 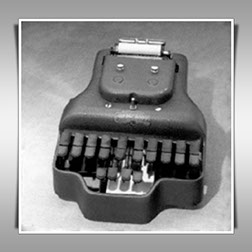 The “Master Model Four” used a two-spool ribbon system. The Great Depression cut its life short. The court reporting suffered as well, struggling until the end of the 1930’s. 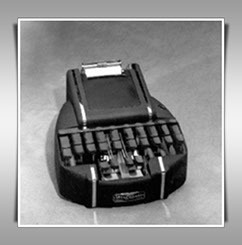 The Secretarial Model used a single 11-inch ribbon and held 100 folds of paper, while the Reporter model held 300. It was known for its dependability and quiet. 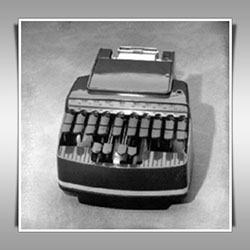 This model encoded a magnetic tape with machine notes for computer transcription and organ-type switches that assured good transmission with minimum key pressure. In 1963 it could be connected to a cable attached to a tape recorder. By 1970, cartridge could be utilized, and by 1974 cassettes were used instead. 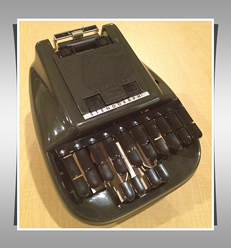 This iteration was the first to have a plastic shell, or casing, which made the machine more durable. 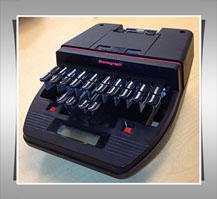 Now in the emerging digital age, the SmartWriter had the ability to encode machine notes on a floppy disk– state-of-the-art technology for its time. 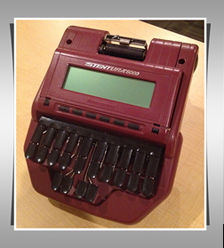 The Stentura was the first machine that featured instantaneous, realtime translation (to English or Steno) onto an LCD screen. 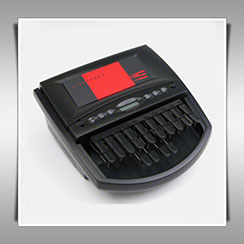 The élan Cybra was paperless, inkless, ribbon-less, and greaseless.  In 2006, a new version was introduced that included a wireless feature, and was specifically designed for realtime reporting. It was all important for transcriptionists, captioners, and CART reporters. 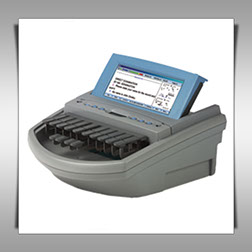 The Mira added a flip LCD screen for easier viewing. It featured Audiosync® OTG – on the go!, a USB port for writing realtime, and a DB9 serial port wireless Bluetooth. This quickly became the new standard for court reporting. 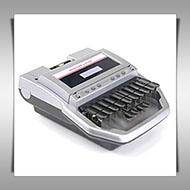 The Stentura Protégé was designed specifically for students. It features a USB and serial connectivity, as well as optional wireless realtime. 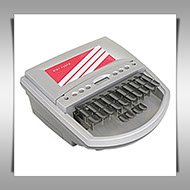 This machine was also designed students with students in mind, and was known as the “paperless writer for students.” It features the same technology as the professional version, but in a limited fashion at a student price. 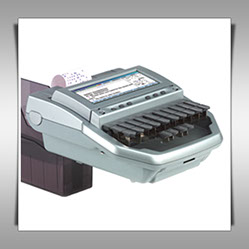 The key feature of this machine is its ability to use paper, or be paperless. Other improvements include compatibility with SD cards, recording live testimony using AudioSync OTG, USB ports, DB9 ports, and battery status display. 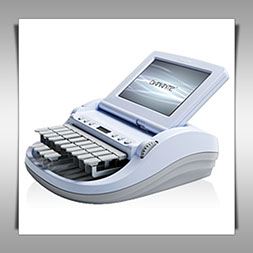 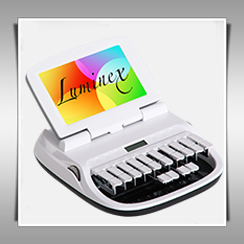 A Plethora Of Litigation Services At Your Fingertips!

With 24 hour scheduling 7 days a week, we provide the litigation support you need anytime, anywhere!

Our luxurious and convenient conference rooms equipped with video conferencing technology, perfect for your next deposition!

Our website provides document repository services that enable easy access to case material 24/7 from anywhere in the world!

We provide itemized invoices and transparent billing for all our clients so they know what each service costs!

Our Mobile-Friendly Booking Engine Is Available 24/7!